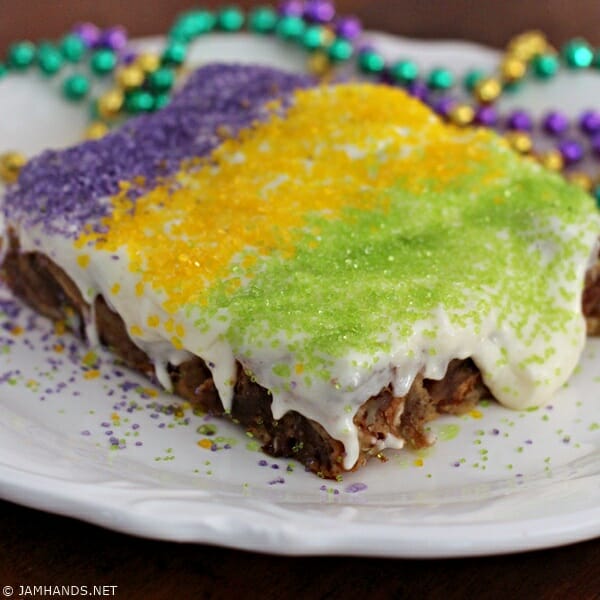 Rich king cake bread pudding topped with a cream cheese bourbon frosting. This dessert (or breakfast) is indulgent and delicious! 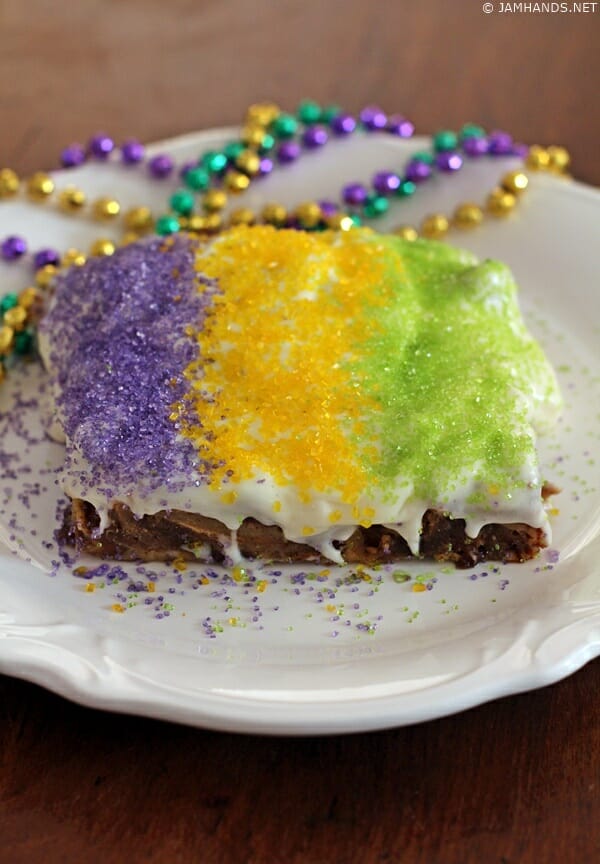 As described in detail in the notes below, for my tweak to a traditional bread pudding I used cinnamon raisin bagels, but you should feel free to use croissants or cinnamon rolls if you’d like a less dense bread pudding. 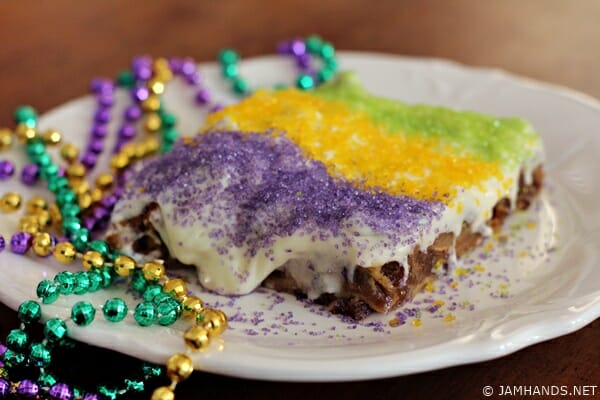 The bourbon cream cheese frosting is just the best thing ever. Tasty and festive. Enjoy!

Notes: Using bagels will yield a much denser bread pudding. If you use cinnamon rolls or croissants, you can expect your final result to be taller and not quite as dense. I used bagels since I needed to use them up and wanted to experiment with the recipe, and I enjoyed the result. Not a traditional way to make bread pudding but it works! 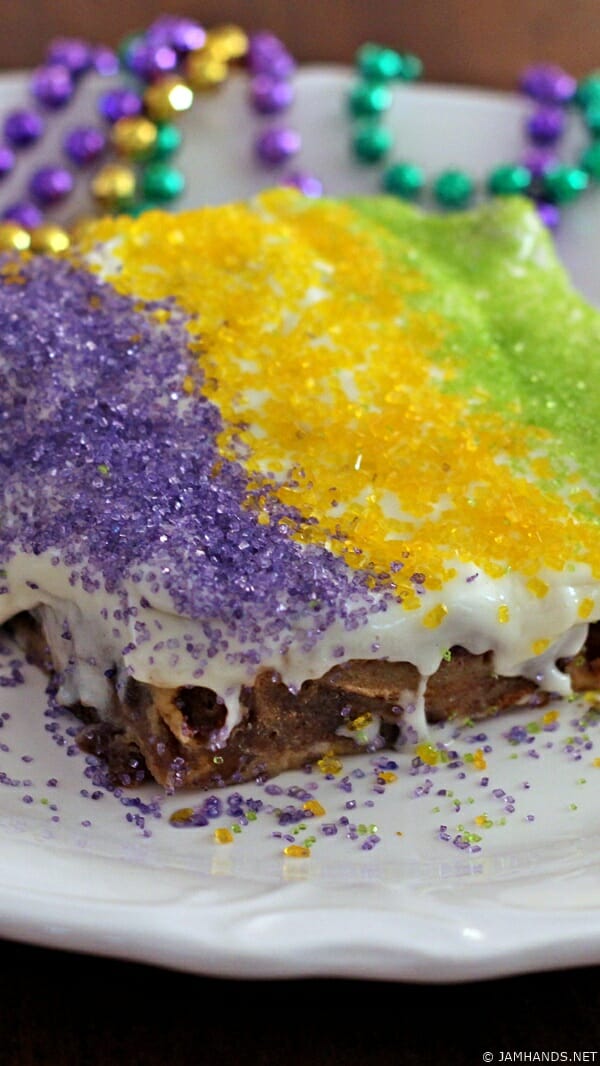