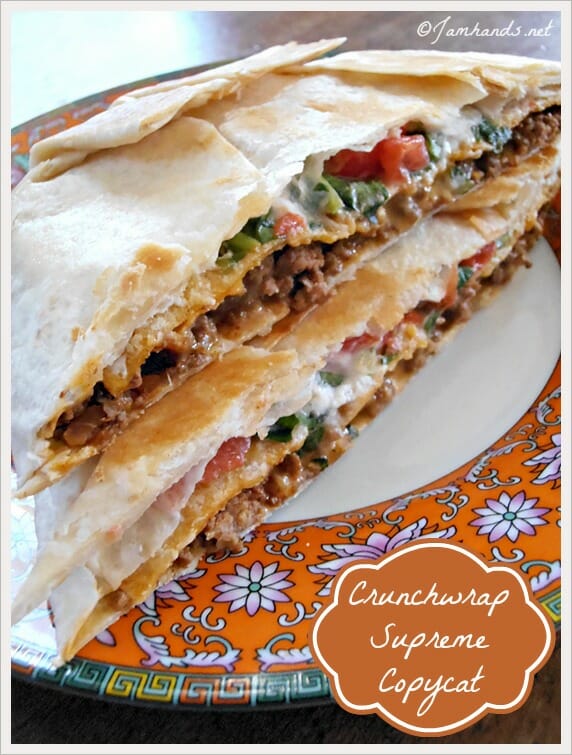 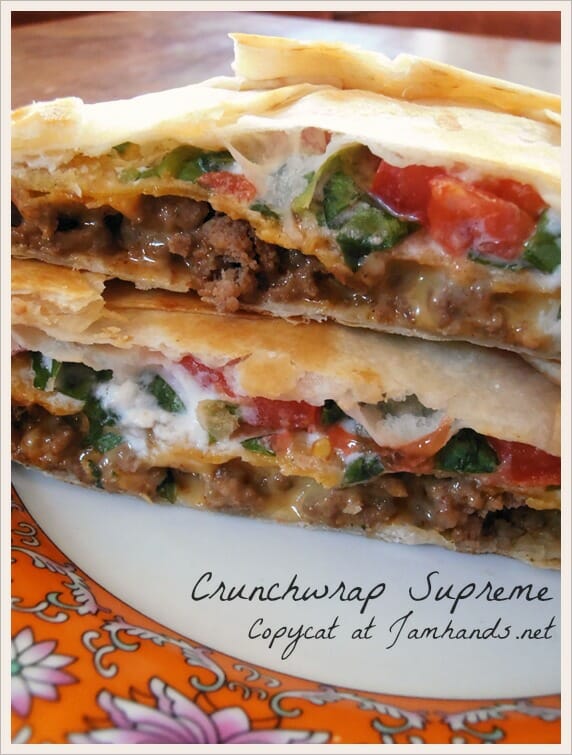 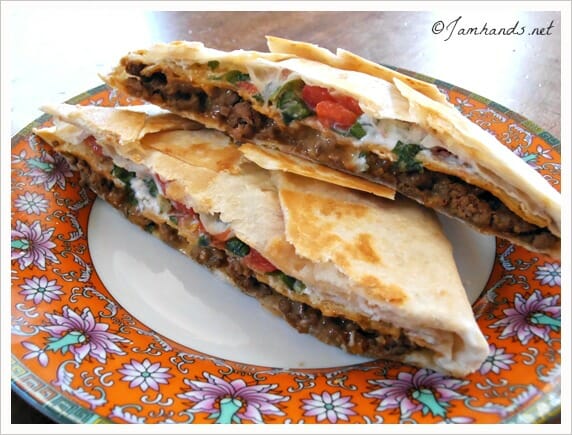 They were delicious, as expected. A few notes:

Homemade nacho sauce. I didn’t have nacho sauce on hand so I cubed up some velveeta, about a cup, and threw it in a pan on the stovetop. I added about a tablespoon of milk and a few glugs of hot sauce and stirred until melted. You can always use regular shredded cheese if you prefer.

Corn tortillas vs. tortilla chips. I tried it both ways. The corn tortillas are a bit more fussy as they require baking in the oven, but they produced a prettier crunchwrap. When I tried using tortilla chips, the edges of the chips are sharp edges and they tore up the flour tortillas pretty badly, even though I was trying to be very careful not to do so.

Be sure to warm each flour tortilla in the microwave for a few seconds as you start to make each new wrap. It makes them easier to work with and there is less of a tendency to tear.