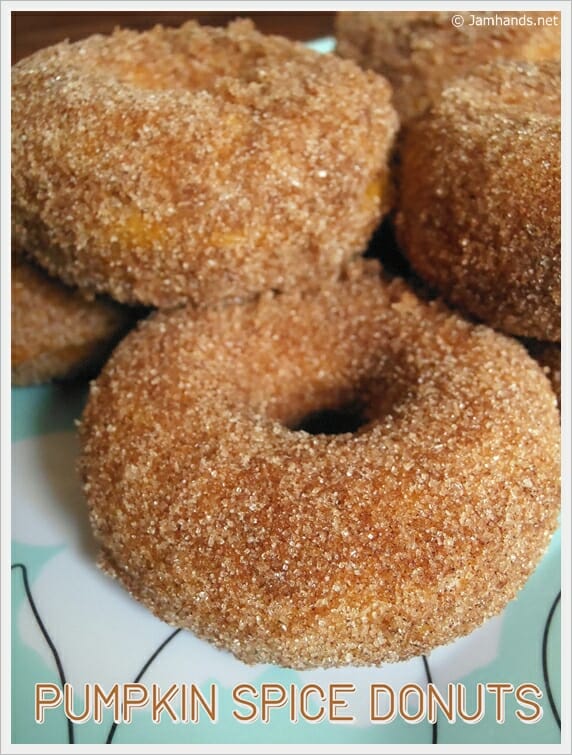 Last time around we tried out Chocolate Chip Donuts which were delicious. Today let me introduce you to a moist pumpkin treat — Pumpkin Spice Donuts. Topped with cinnamon and sugar, they are sweet but not overly so. Please note that this recipe uses a donut maker to bake the donuts. 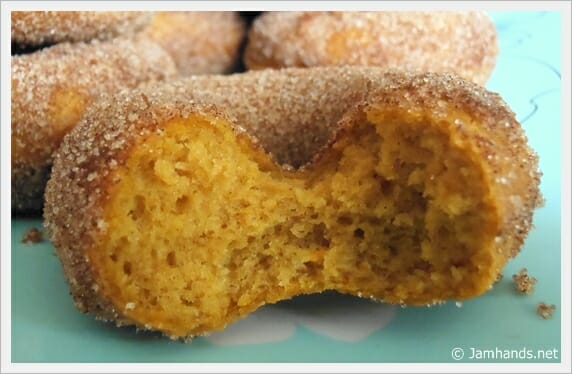 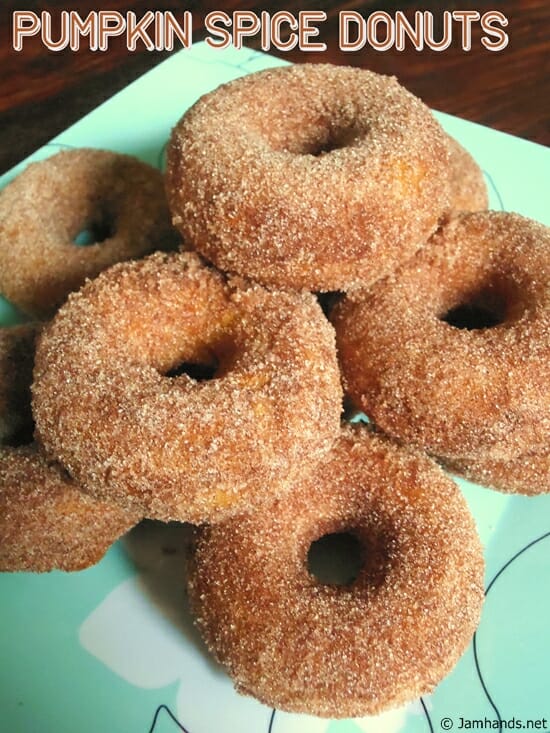 2. In a large mixing bowl, with an electric mixer at medium-high speed, mix together oil, brown sugar, egg, vanilla, pumpkin and milk until combined.

3. Pour dry ingredients into liquid ingredients and mix on low speed until moistened. Do not over mix. Fill each donut reservoir with about 2 tablespoons of batter.

4. Bake about 4 to 5 minutes or until a toothpick inserted into donut comes out clean.

5. Melt butter in a small bowl and combine the sugar and cinnamon in a paper bag.While donuts are still hot, dip each one in melted butter, then shake in the cinnamon-sugar mixture to add topping.